Members of the now Wessex Searchers MDC were on a club dig when one of the members discovered a Roman coin. Once the coin was retrieved the hole was checked and another signal rang out.
Digging a little further another Roman coin came to light, so the hole was checked again, and still another signal. As each coin came to light more signals followed and yet more coins came up.
All the club members present shared in the excitement of recovering the coins, digging through the stone covered ground.
A huge dark cloud was heading towards us and a few minutes later there was a sudden downpour which only lasted about five minutes, but made the retrieval much harder.

In the end 285 bronze Roman coins were rescued from the ground, dating from the late fourth century. An amazing experience for all who took part. The coins were handed in and declared Treasure but were soon returned to the original finder who kindly donated them to the landowner. 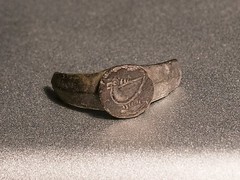 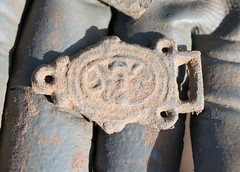 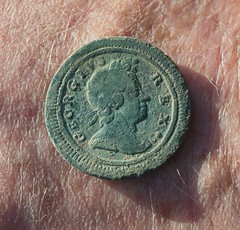